Merry Christmas From The Talleys

Our Christmas concerts are in full swing, and we've just spent two great days in Amish country at the Carlisle Inn in Sugarcreek, OH. Somehow, in between the good cooking and shopping, we managed to sing for two full houses of great folks. Thanks to everyone at the Carlisle Inn for the great hospitality. 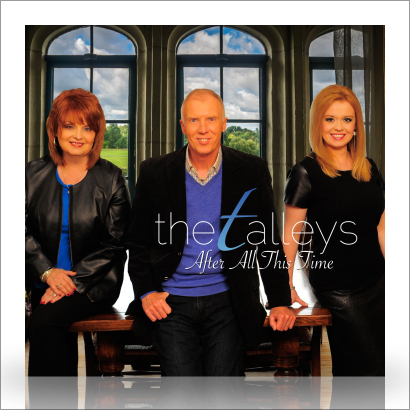 Our brand new recording, "After All This Time," officially releases December 11! The album is available through our website, thetalleys.com, and on iTunes. We're incredibly excited about this album, especially our new radio single, "The People In The Line," which shipped to radio just a few weeks ago. I thought "The Broken Ones" would never be topped as the most well-written song I'd ever heard, but "The People In The Line" may be a strong contender! You listen...it'll make you think.

To celebrate the debut of the new album, we recently were featured on SiriusXM's Artist Spotlight. We took a turn behind the mic as guest DJs for the show and interviewed each other about the project. The SiriusXM Artist Spotlight featuring The Talleys' new recording, "After All This Time," will be aired on enLighten, most likely in February. Listen for us on channel 65!

Since we're so excited for you to hear the new album, we're giving away the store this month! (Well, almost.) During the month of December, shop officialtalleystore.com and receive 20% OFF your total order, with a $50 minimum purchase! Get t-shirts for the kids; pick up Lauren Talley solo CDs for the young adults. Lauren and Debra's books are must-haves for the bookworms on your list. The hymn fans will love Roger's new piano solo CD and the Gospel Music Hymn Sing, and the new album, "After All This Time," is the perfect gift for anyone! You can complete all your shopping at thetalleys.com, and receive 20% OFF a minimum $50 purchase, all through the month of December. Be sure to use the coupon code "christmas" at checkout to receive your 20% discount.

We recently sang for "A Christmas To Remember," benefitting The Veranda in Gallatin, TN. The Veranda serves patients battling Alzheimer's and other illnesses, while providing support for families. They have adopted "Hidden Heroes" as their theme song and it was special to sing it for them that night.

Miss Florence is a patient at the Veranda, and her husband, Mr. James, is a former pastor. Both in their nineties, they are still loving life, though she lives daily with Alzheimer's and he is her constant caregiver and companion. When she was asked how long they have been married, she replied, "67 years- I think. But you know, I think our 70th anniversary will be the best one yet!"

If He had never been born, we would have no reason to look forward to tomorrow. Whatever we may face, we can rest in the peace that only the Prince of Peace can give.

We pray you feel His peace this Christmas season.

This is the second time the Talleys have won for Southern Gospel Song of the Year in their storied career; "He Is Here" took home the trophy in 1992. The award is the first for writers Dixie and Sharon Phillips, who won the Singing News Amateur Songwriting Contest with "Hidden Heroes" in 2013. The Talleys recorded the song on their "Test of Time" recording, the first cut by a nationally known artist for the songwriting sisters-in-law. 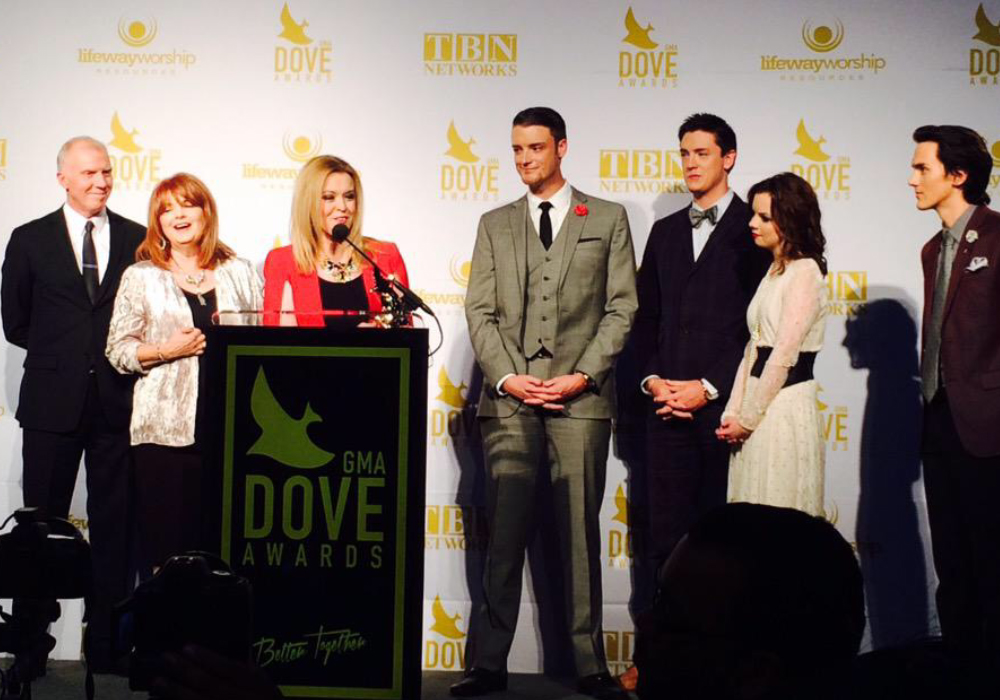 '"Hidden Heroes" is a special song for many reasons, but it means a lot to us because my papaw cared for my mamaw the last ten years of her life as she battled Alzheimer's," Lauren Talley says. "We want those who are caring for loved ones with Alzheimer's and special needs to know that God sees every second of the sacrifices made, and that what they do is important."

The Talleys also performed their number one hit, "Searchin'" in the Dove Awards telecast with the Erwins as part of a special segment featuring the best in Southern Gospel music.